As regards activities and techniques, this is what Nina taught today:

1) Action-based learning: a circle game called Pilkkukarate (pilkku = comma) in the hallway. It involved body movements followed by words (connectors). Eg: kicking with the left leg and saying että (that), kicking with the right leg and saying jotta (so), putting the hands together and moving the chest towards the floor while saying koska (because).  At the same time, Nina was telling a humorous story that accompanied the movements and involved connectors. Back in the classroom, children worked in small groups. Each group had to write a sentence in a certain amount of time and then come to the front to read it. There were six options (types of sentences) to write. Not all the groups went to the front for each type of sentence. Instead, one group per option. The rest were read from their seats. Nina gave points to each group because it was a competition.

2) Visualisation: Nina taught Predicative by telling a story and drawing on the board. She started drawing a big letter P, representing predicative. Then, continued adding different parts to it, until it looked as a stick-human figure. Each part had its own meaning. For example the foot facing to the front was the present and future, inside the head she wrote the word “active” while behind the head she wrote “passive”. So under the foot that was behind (representing the past), she wrote imperfect, perfect and past perfect. While she explained and drew on the board, she kept asking kids to give examples and they all discussed the theory. The story explained that Predicative lives (symbol of the heart) if it can see (eye) the persons (hair), and move (feet and hands).

3) Embodied Learning: They had already worked with visualisation techniques beofre. Nina divided the students in small groups. They had to discuss how to explain Predikaatti (predicative) categories by doing a dramatic representation. When one of the groups went to the front to show, the rest of the classmates had to guess what they were trying to say: the verb and the category.

After observing the lesson where she worked applying Visualisation, we discussed about the technique. In my opinion, it was a very active lesson as regards thinking. Students were concentrated and followed the teacher with interest. “This was a challenge for them because it is the first time we do it. Drawing and thinking makes different parts of the brain work.” (Nina)

Nina’s work is admirable, not only for the new methodologies she uses but also for her humbleness. After those lessons, she asked the students how they felt with the lesson and listened to their feedback. Before students left the classroom, Nina asked the kids to close their eyes and put thumbs up, down or at the middle to express if they liked the lesson or not. They could also express why. Almost everyone put the thumb up. Nina’s 45 minutes lesson seemed shorter because it was so interesting and active. Three girls stayed for a while to give Nina a feedback of her lesson. “It’s important to do everything (different learning techniques). I like to do exercises from the book, personally. Boys have a lot of energy so they don’t like exercises and they need to do more actions. We need both exercises with books and action games.” Then I joined the conversation and asked “Do you have similar kind of lessons in other subjects?” “Not really. It is very rare. Usually it is with the book because the class is a very big group and some are a little bit wild. So it is easier to do it with the book.”

In another classroom, when I asked the children to give their opinions about Nina’s lessons, one of the boys answered: “It is very motivating for us to do different things and participate in an active way”. Then Nina asked, “Have you learnt while enjoying?” and everyone said “Yessss”. So now I ask my colleagues… Can we all say children enjoy lessons this much and give this kind of feedback? I feel very lucky to have the opportunity of observing Nina’s lessons. She is a very inspiring teacher! I’m learning a lot of her.

Nina: Thank you Malena for visiting us at Kilonpuisto school and writing about your experiences! I hope we´ll keep in touch. Read more about Argentinian Malena´s marvellous trip to different schools in Europe during January-February here: malenahouston.edublogs.org 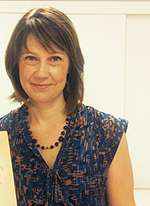